Management in companies: a necessary evolution 2/2 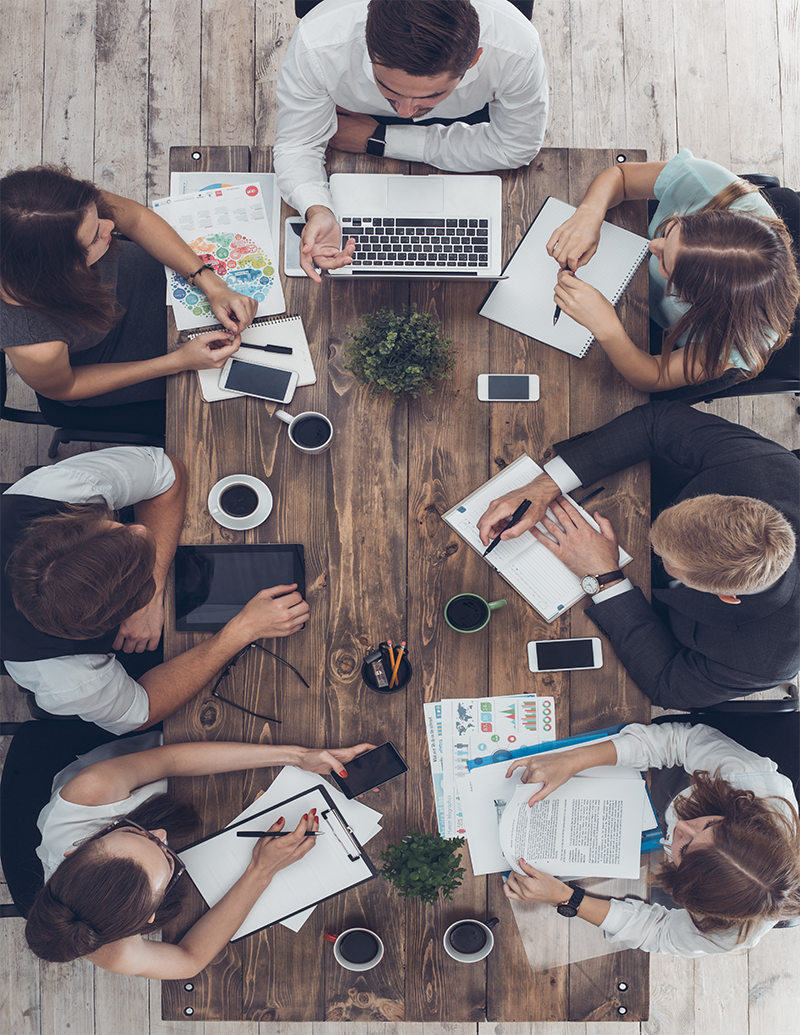 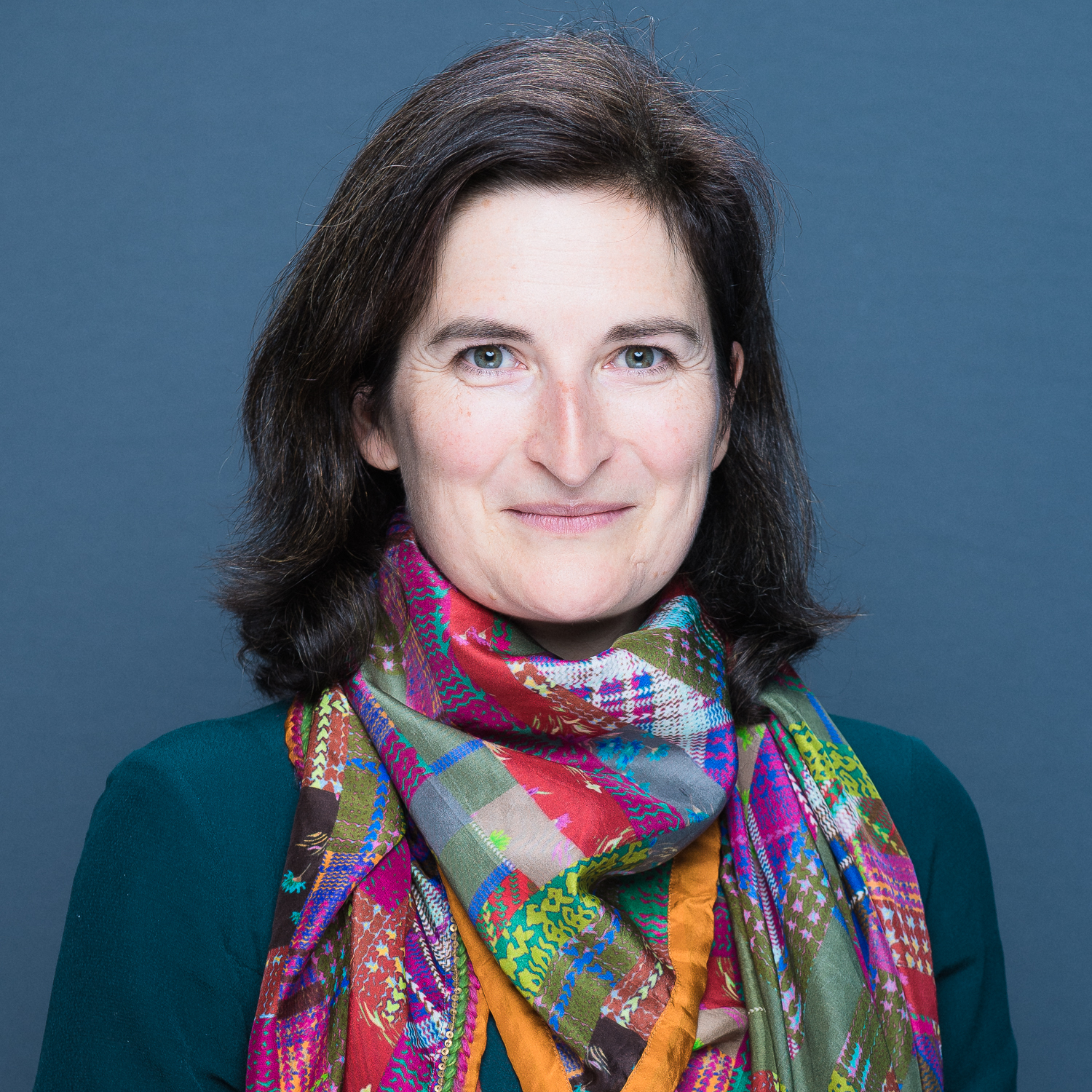 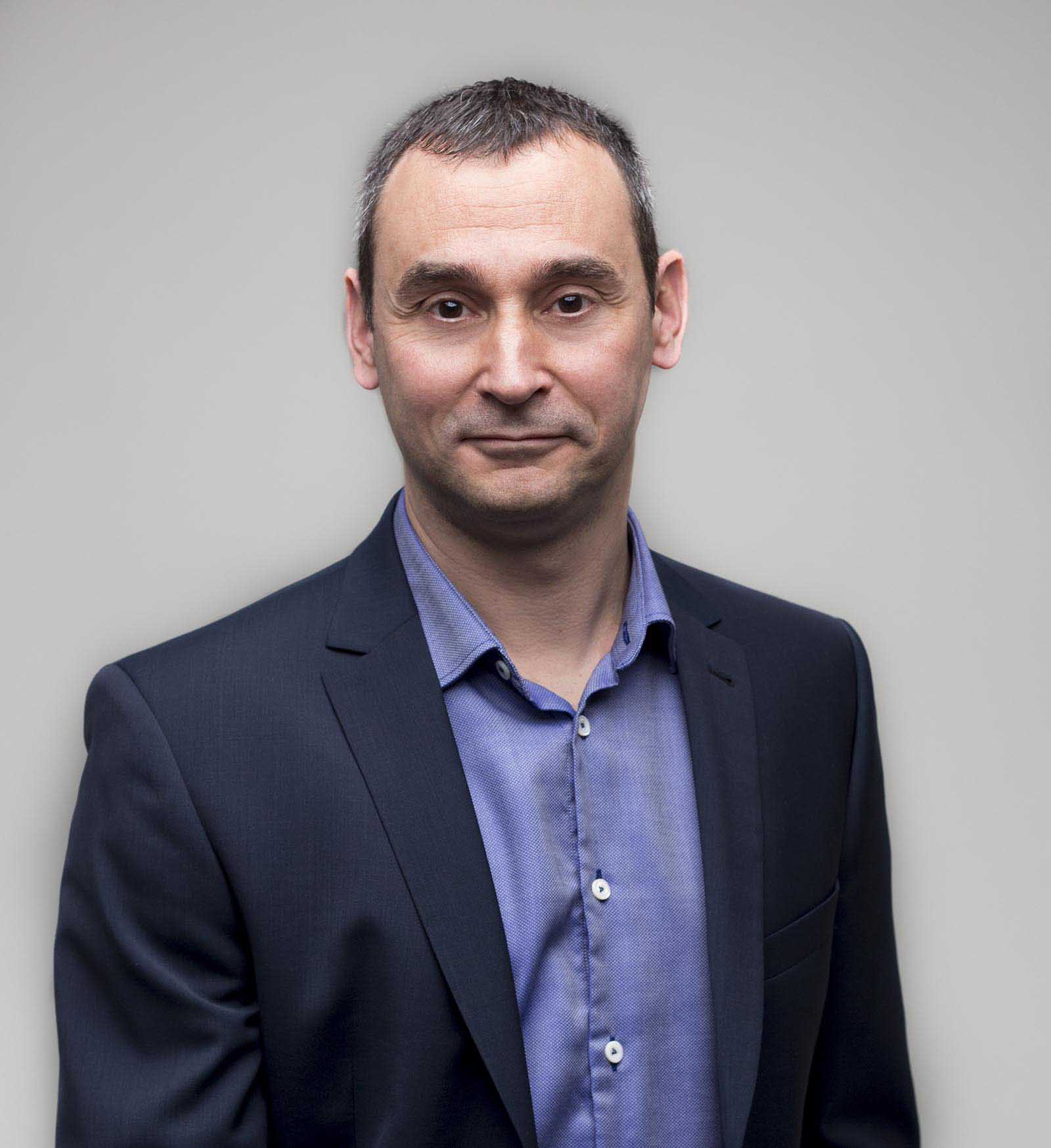 What changes in management may occur in the next 5 years?

Jim Collins, an American leadership consultant, and his research team at the University of Colorado were the first to classify leadership into 5 levels (Good to Great, Random House Business, 2011). According to them, and their thesis is being verified day by day, the decision-makers of the first 3 levels (the highly competent individual, the active collaborator and the competent manager) have an increasingly obsolete action because they do not have a fundamental objective that goes beyond the simplistic desires of their ego. Today’s and tomorrow’s managers must evolve towards the last 2 levels (the effective leader and the level 5 leader) if they want to be at the level of the challenges they have to face: an always changing world, a strong demand for different leadership… The fundamental objective of the top leader now has to do with the common good. 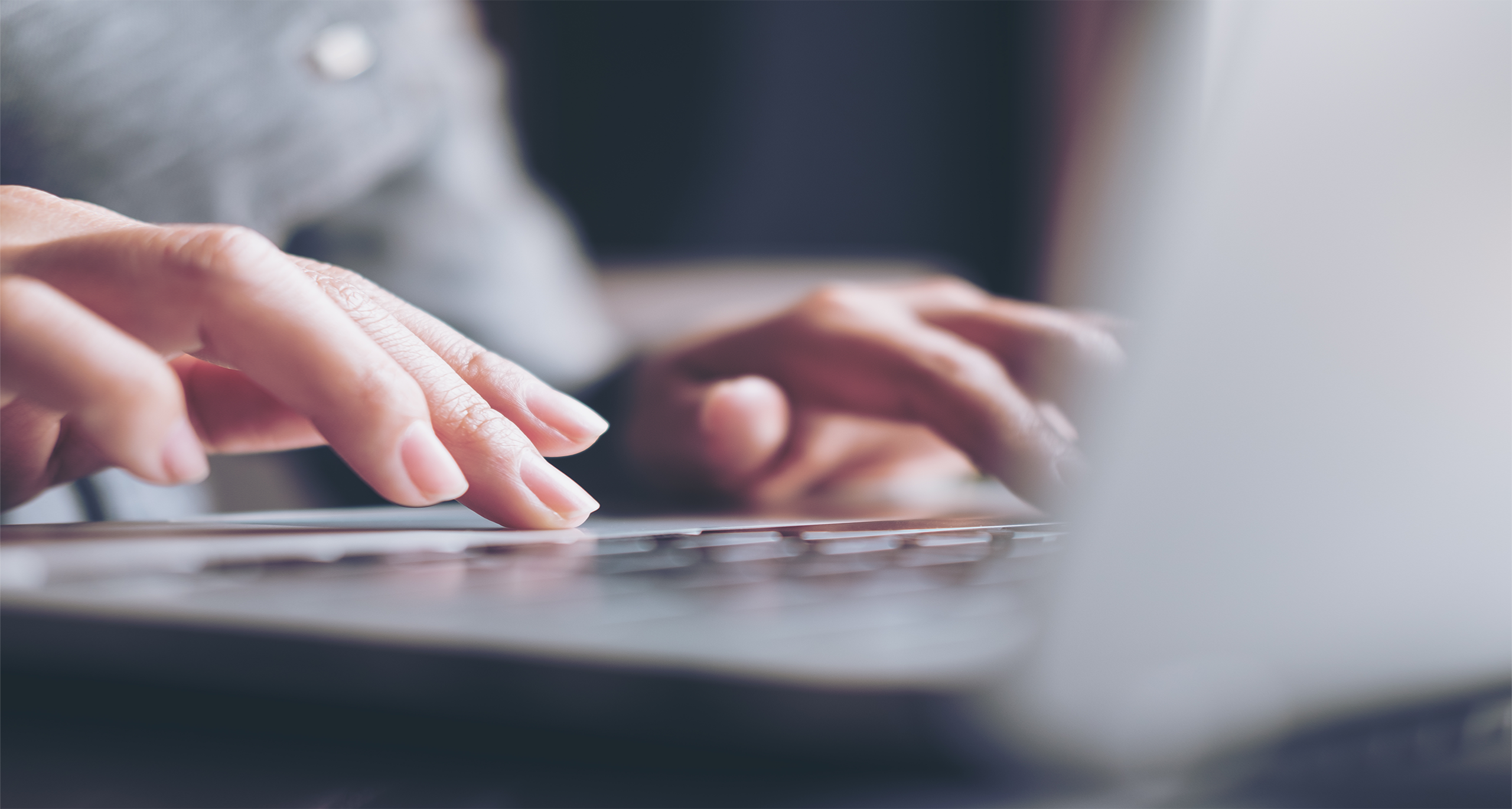 (DECISION-MAKERS) ARE GOING TO HAVE TO LEARN HOW TO DEVELOP STABILITY IN CHANGE.

Another leadership specialist, the American pastor John Calvin Maxwell, can help us to see more clearly what is now expected of a true leader. For him, there are (also) 5 levels that determine how a decision-maker is followed:

Level 3: Production – people follow because of what you have done for the organization;

Level 4: Individual Development – people follow you because of what you have personally done for them;

Level 5: Pinnacle – people follow you because of who you are and what you represent.

The millennials, which we discussed in the previous post, are clearly and deliberately oriented towards level 4 and 5 leaders. They are looking for inspiring people with both personal and shared values, and in that, they have a choice. That is, they take it. If the previous decades were clearly led by leadership models of the first 3 levels, the rupture created by the millennials, fed by digital and the huge choice generated by the internet, is already generating a drastic change in the choice of leadership: levels 4 and 5 are now emerging in the majority of the choice of new and future entrants to the job market.

In other words, even a decade ago, there was no choice, we had to endure if we came across a level 1 leader, for example. Today, it is considered a total aberration to endure. Thinking has changed. The relationship to work and to hierarchy has also changed.

It is now up to leadership to make efforts and adapt.

The Challenges of Leadership:

That being said, the next 5 years, as well as the next decade (at least), will see decision-makers facing a number of challenges in terms of management.

First of all, they will be asked to develop a clarity of vision that is generally lacking now. Managers will be expected to see clarity in the chaotic situations generated by a succession of multiple crises. They will also be expected to see clearly in the unlikely proliferation of available information. In short, this clear vision is going to be extremely valuable in determining the company’s direction in society.

The second challenge for future leaders is as much personal as it is global. Indeed, they will have to learn how to develop stability in change. This means understanding that change, mutation, is one of the fundamental characteristics of life, and finally, integrating it into the managerial organization. This cannot be done, however, if the manager has not assimilated it himself, personally. Gone are the thoughts of men and women and structures that develop exponentially without end, eternally!

The next challenge is the development of a completely different way of governing than the one still taught in the grandes écoles today: the intuitive decision that must now preside over the rational decision. In the current and future digital organic context, the decision-maker who will make the most effective decisions is the one who will know how to use intuition without doubt and without fear, what we have called direct thinking. We already see today the impact that digital – which does not work rationally – has had on our lives and decisions. This will only increase and the leader must necessarily adapt his thinking, otherwise he will be completely ineffective in his “management” of both human and product flows.

Another challenge will be that of flexibility: being able to use everything that comes along (especially what has not been planned) as it is and when it comes along. This is a managerial capacity that is still rare at the moment. It is all the more unfortunate because then everything becomes an opportunity for creation and development in the immensity of possibilities. It also means having the capacity to decompartmentalize our thinking, to go and see what is being done in completely different sectors than those we are used to. This is one of the fundamental qualities of innovation. It also means, from a personal point of view, having the ability to use fear and uncertainty constructively and not as blocking or even involutive energies. This is of course in line with the challenge of stability in change.

This flexibility also induces greater flexibility in all processes, less rigidity in decisions: the ability to stay the course while wandering according to events as they arise. Individuals or structures that are too rigid and unable to adapt cannot last very long in the current and future context.

It is clear that managers will face many challenges in the years to come. An important question therefore arises: how do we get there?

What are the answers to these challenges?

First of all, it is obvious that the answers to be brought to the problems posed will have to be personal before being organizational. That is to say that it is first of all up to the individual to transform and evolve, because it is the individual who can make structures change and not the other way around. It is in fact the counterpart of what is still widely believed at the present time. In this too, it is necessary to change the context.

-the practice of Triple Focus as a fundamental tool for self-knowledge and reality. It helps to develop stability, openness and clarity of vision. The Ways & Lore programs are built with this goal in mind.

-The accompaniment of COMEX to transformation: so that leaders can transform themselves and implement the transformations necessary to evolve more effectively and serenely in the coming years, in the digital age.

What are the brakes? How can start-ups be a lever?

It is clear that many large companies will not succeed in adapting to the digital age if they do not call on leaders who have changed their way of thinking and management, to the benefit of the entire chain of command, as we have already said. The current and future context will in any case make consciences evolve, even if only slowly. We simply have to hope that it will not be too slow because the resistances, born of habit, are strong and numerous.

It is also necessary that the members of the current COMEX recognize the need to change in order to respond to the challenges of our society in the immediate future. This, too, is a slow and painful process.

This is why the role of start-ups like Ways & Lore is to bring agility, innovation capacity and daring new approaches by taking very different points of view. They facilitate the implementation of tailor-made support to enable top management to meet these challenges by accompanying them in this mandatory transformation.

Our conviction is that the individual must first change in order to adapt to the context and then make organizations evolve. We are convinced that Triple Focus is the ideal tool for clarification and transformation. The transmission and practice of Focus is a strategic response to the human strategic stakes of the company.

The Focused Leader and the Milky Way

REDUCE THE NOISE OF THE WORLD... It's the end of summer, in the evening. The sky is clear and, in certain regions, where there is not too much light (which is becoming rare...), the stars are clearly visible. To attenuate the noises of the world, the Focused Leader...

END_OF_DOCUMENT_TOKEN_TO_BE_REPLACED

Transition, transformation, evolution, mutation... these are just some of the terms used repeatedly to describe the change affecting our societies and our world today. For today's leader - already - and tomorrow's leader - inevitably - the situation is changing very...

END_OF_DOCUMENT_TOKEN_TO_BE_REPLACED

Read Part 1   Impacts on the Four Pillars of Long-Lasting Leadership     The problem This is the second part of our « long-lasting leadership performance" saga. This time we address the potential impacts of the four pillars that guarantee sustainable...

END_OF_DOCUMENT_TOKEN_TO_BE_REPLACED 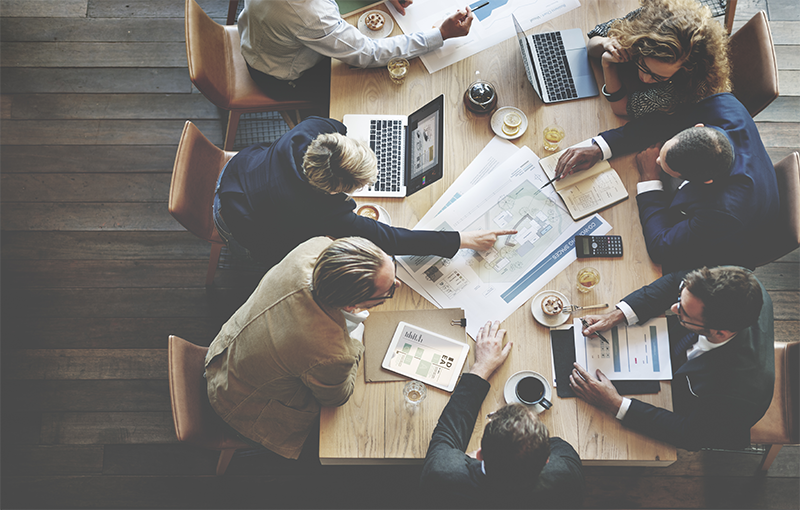 Join the world of Focused Leaders!

We won’t bother you!